The Next Big Thing. Or Not.

So. There's this blog hop going on. It is called The Next Big Thing. I feel silly even typing that, seeing as I have no reason to believe I could participate in such a blog hop. BUT I'm a sucker for a blog hop. So there's that.

My buddy Michelle tagged me for this, so feel free to blame her. :) The rules of this particular hop are simple: 1) answer the following questions about your current WIP; 2) tag 5 people after you're done. *cracks knuckles* Let's get to it, then.

What is the working title of your book?


I tend to stress over my titles, but for this WIP, it came pretty easily. I'm calling it We Are The Uprising. But most of the time, I use WATU for short :)


Where did the idea come from for the book?

Two ladies inspired this WIP: Eowyn from Lord of the Rings, and Queen Gorgo of ancient Sparta. You see, I have this Christmas tradition. I watch the LOTR trilogy a few days before my birthday. In 2008, as I was swooning over Aragorn and feeling super bad for Eowyn because he didn't love her back, I thought, "Oh, Eowyn. You are SUCH a badass and you need to star in your own book/movie, woman!" And every time I watched 300, I had the exact same reaction to Queen Gorgo. These ladies were powerful in different ways, and I reeeeeeally wanted to read something with a female character that embodied those kinds of fire.

I just didn't know how to weave the two together.

Fast forward to September 2009. I started querying my first novel, and of course, I got my first rejections. So I decided to start brainstorming my next novel. Eowyn and Gorgo sprang to mind immediately. Problem? I still had no idea what kind of story I wanted to tell. I only knew who I wanted to put in it.

Fast forward to January 2012. I finally know what my story's about. So I get over my fear of serious suckage and start writing it.


What genre does your book fall under?


Which actors would you choose to play your characters in a movie rendition?

My main character is pretty much Jessica Parker Kennedy's twin, only with much wavier hair: 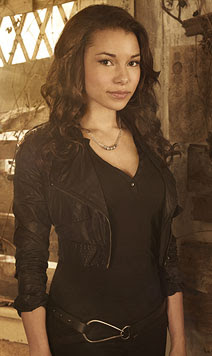 Her love interest is a teen, slimmer, and facial hairless Tom Hardy. You can't see it in this pic, but Tom's sporting the same short ponytail as the love interest in le WIP: 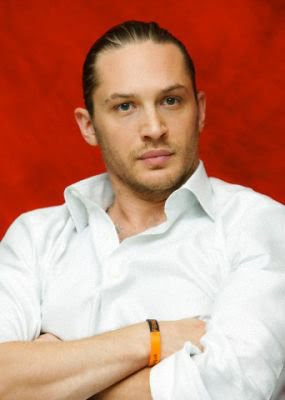 As for the rest of the characters, I have vague ideas of actors they look like. But that post is WAY too long. Trust me.


What is the one-sentence synopsis of your book?


After her city's soldiers are defeated, Melania Torvajal--a seventeen-year-old maid who trades her broom for a sword--leads their wives and daughters into battle against the invading army.

It was either that or GURL THESE EVIL DUDES ARE COMING FOR YOU SO DO SOMETHING OKAY THANKS BYE. I liked this one much better, actually.


Will your book be self-published or represented by an agency?


How long did it take you to write the first draft of your manuscript? May we see an intro?


It took me five months to actually write the first draft, but since I took breaks in between, the whole process lasted seven months.

Here's the opening line so far: Papa won't let me touch the blood.


What other books would you compare this story to within your genre?


Sherwood Smith's Crown Duel and Kristin Cashore's Graceling. There's also a book coming out in January by Alex Lidell, and it's titled The Cadet of Tildor. It sounds like a possible match for my WIP as well. I'll be sure to check it out!


Who or what inspired you to write this story?


What else about your book might pique the reader's interest?


It has gender stereotypes turned on their heads, religious people who aren't fanatics, beasts who emerge out of boulders, a magical tooth made of ice, Rammstein-inspired fight sequences, and a broken elf who hides behind his smirk.

Among other things. Naturally.


So there you have it. My WIP. I'm going to start revisions in November, so PRETTY PLEASE pray for my sanity. It is much appreciated.


Now for the tag! With the power invested in me by the state of the Next Blog Hop, I pronounce the following peeps as tagged: everyone! :) No, seriously. If you haven't done this yet, go for it. Although I think EVERYONE has done it already. So yeah.


Thanks for reading about my WIP! And have an awesome weekend!