Outlining With Robert Pattinson: The Setup

Ever since I've become a plotter, my life has been... weirder.
Why? Because of Robert Pattinson.
You see, whenever I sit down to work on my outline, his face is RIGHT THERE. Remember that post on how my writing stages mimic his hair? Same thing is happening with outlining, but not with his hair.
With his face.
So, for the next few weeks, I'll be starting a new series called Outlining With Robert Pattinson. Said series will go through my process of figuring out my manuscript in big picture terms (don't worry, no chapter/scene goals for this one. More like a map of the whole thing). For Part One, I'll start with...
THE SETUP
This is where the story starts, which means your main character's boat has not yet been rocked. Or maybe it has, and you carefully blend in backstory with his/her current circumstances. Some authors love opening with character (voice), others with action and character. To me, this second option is what works best--revealing character through action. I don't mean having your MC kick someone's face and say, "Who's your daddy, biatch?!!!" I mean putting your character in a situation that makes him or her react as only they would.
Basically, your MC is a rock star in the setup. Those first twenty/thirty pages show him/her at a really awesome/sort of okay place, depending on your story. You are quite literally setting him/her up to face something that spins their world out of control.
During those opening pages, your main character walks around looking like this: 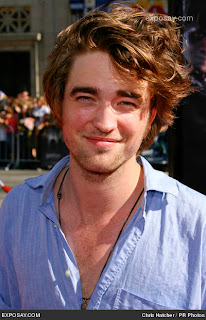 "Oh, hello, love. Have you heard I'm awesome? Because I totally am."--direct quote from your WIP.
So. That' the Setup, folks.
Next week, I'll tackle... the Inciting Incident. *cue ominous music*
Now tell me: how do you like your manuscripts to open? Character? Or action and character?
Posted by Amparo Ortiz at 5:41 AM