What Writers Can Learn From Mark Wahlberg

There are boys. There are men. And then there's Mark Wahlberg.
No, I'm not saying that because of his charm. Or bad boy appeal. *blushes* I'm saying it because OMG, I want to be like him when I grow up.
Why?
Well, there's this movie he's in... 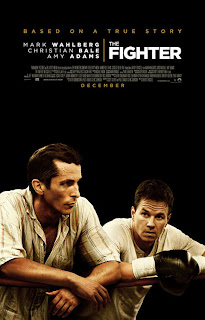 ... and it's a-m-a-z-i-n-g.
Not only is it amazing, the story behind its creation blew my mind. You see, when Mark Wahlberg read the script, he fell in love with it. So much so that he jumped in to both star in and produce the film.
That was in 2005.
After a bunch of issues with distribution and the script itself, the movie came out in 2010.
Ever since awards season started, Mark's been saying the same thing to reporters: "This movie almost didn't get made, but I'm so happy it did."
Mark struggled to get The Fighter to audiences. He struggled to make the studio believe this story was worth sharing. He struggled to keep his faith after years of training without knowing if he'd ever use what he learned or not.

Bottom line? He struggled.
And he made it.
Hard work pays off, folks. If an ex-rapper with swoonworthy abs can make his dreams come true, so can you.
Now tell me: what makes you keep pushing on in your writing?
Posted by Amparo Ortiz at 6:36 AM