So. It has been a WHILE since I've blogged, you guys. A. While.

In order to fix that, I have decided to share two memes with you. Because that's how I show my love, of course. With memes. 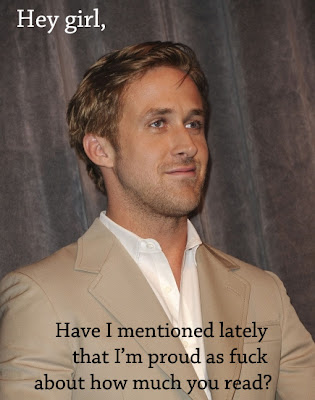 Ryan Gosling Reads Young Adult is one of my absolute favorite things in the universe. If you're feeling down, or mad about the cold you thought you'd gotten rid of (*points at self*), this page is for you. 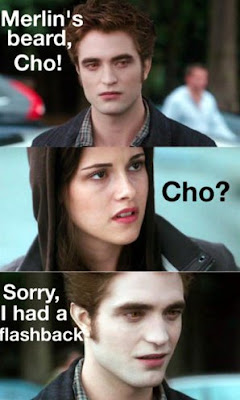 Someday he'll figure it out, folks. He will wake up, look at himself in the mirror and say, "OMG, you're that murdered wizard/sparkly vampire dude AT THE SAME TIME."
He will faint from the excitement seconds later.
*pulls out camcorder*
*waits*
So yeah. I'm back to bloggy land. Which means there are more memes to come, and more randomness than should be legal.
How have the holidays treated you so far, blogging buddies??? I've missed you!!!
Posted by Amparo Ortiz at 3:35 AM