An Open Letter To All BEA Attendees


If you managed to swag this: 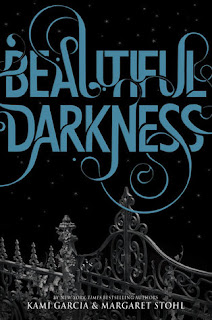 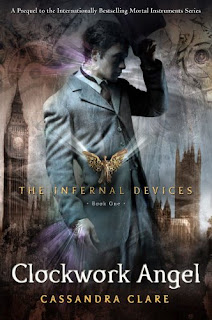 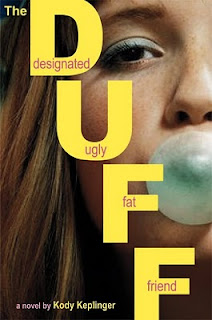 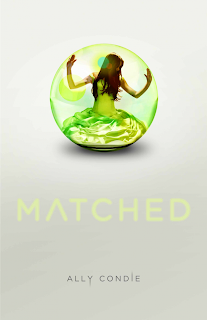 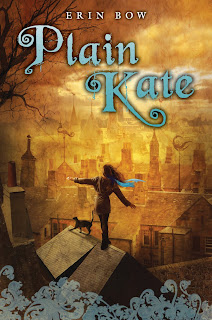 An Extremely Frustrated And Envious Book Reader.
Posted by Amparo Ortiz at 10:49 AM 9 comments:

How To Be Authentic

Sucks to say it, but most people like to compare--clothing, money, notches on the bedpost, you name it. Nothing is safe from the evil eye of scrutiny.

Then along comes someone, totally out of the blue, who flips the switch. Tongues are wagging. Eyebrows are raised. Opinions are voiced.

Why? 'Cause standing out is the new Hitler. *rolls eyes*

Well, here's my honest answer: you don't. It's already found you.

Think about how you wake up in the morning, how you brush your teeth, how you comb your hair and kiss your loved ones/dogs/cats/random strangers you meet in dingy bars. Nobody else can do what you do, no matter what it is. So if you're struggling to find your 'voice', if you're too busy comparing yourself to others who've 'made it', I got a piece of advice for you: stop.

And keep writing. Or kissing your loved ones/dogs/cats/random strangers you meet in dingy bars. 'Cause that's sort of fun, too...
Posted by Amparo Ortiz at 8:00 PM 11 comments:

*waits for gasps of shock to die out*

So I guess you could say that I'm lost when it comes to LOST. Am I ashamed? A little. What am I gonna do about it? No clue.

But I wanted to post something about LOST that had nothing to do with the show's finale. I wanted to proclaim my ignorance, wave it in the air for everyone to see, stalling my Draft #4 edits as much as possible.

And I enjoy scratching my head while I read your reviews.

Why? Beats me. But I have a feeling it's because there's too much going on in my head at the moment. Too much thinking for my taste. And I like the blankness of not knowing about a TV show that's been on the air for a bazillion years. It feels... nice.

There you go, peeps: my review of last night's LOST finale is...

Well, I wouldn't know, would I? But here's my review of myself: I'm lost. And doubtful. And scared.

Happy writing to everyone!
Posted by Amparo Ortiz at 11:58 AM 8 comments:

Epic day, peeps. I'm sure you already know this, but the uber-awesome Elana Johnson HAS A BOOK DEAL!!!!! 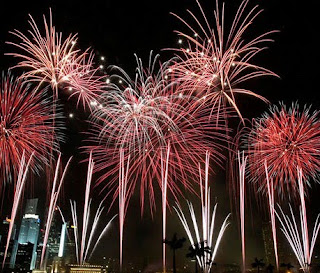 Even though she has no idea who I am, I've read almost every article she's written for the Query Tracker website (girl has helped me more than she'll ever know...). Also, I'm a follower on her blog, which makes me just as uber-awesome as she is.

The point is that Elana's journey can teach every aspiring author sooo much:

Set small goals as well as big picture ones.

Learn when to quit on a story, then write a better one.

Read within and outside the genre you write.

Find crit partners who'll help you hone your craft, and return the favor.

And did I mention persevere? :D


On behalf of all us aspiring authors in the universe, congrats, Elana!!!!
Posted by Amparo Ortiz at 8:15 AM 6 comments:

What I Found Out In Betaland

After wrapping up Draft #3 of my WIP, I sent it to my trusted beta readers. Both of them have read my first novel, which sucked all kinds of suckiness, and were more than willing to read this new book. I warned them of the differences between my first sucky baby and this next one: third person became first, fantasy became paranormal romance, boy MC became a girl, serious overwriting became slightly humorous brevity.

My betas were more than thrilled with the change (can I blame them???). I expected this mini celebration.

What I didn't expect were my findings after taking the Red Eye flight to Betaland yesterday.

Beta #1: "She thinks like you, talks like you, and even hates the same things as you! That is soooo awesome!"

Beta #1: "Gotta go now! I really wanna know what happens next!" *slams the door in my face*

Beta #2: "I just read the first ten chapters of your manuscript. In, like, less than two hours and stuff."

Me: *raises eyebrows* "Dude, you NEVER read that fast!"

Beta #2: "She totally reminds me of YOU"


There you go, folks--I've written a clone.

Well, both betas assure me that the MC's waaaay more impulsive (and funnier...) than me, but the similarities are still there.

What say you? Is your MC a clone, a cooler version of you, or someone completely different?
Posted by Amparo Ortiz at 10:20 AM 15 comments:

An Open Letter To My Fake Husband 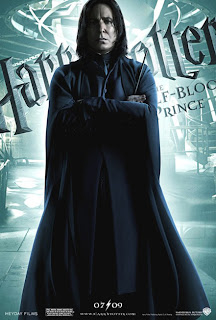 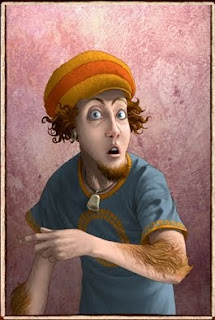 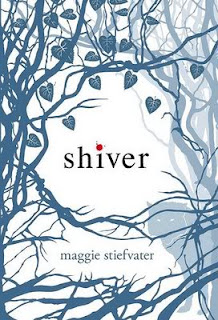 To Quote A Literary Agent...


I feel exactly the same way.
Posted by Amparo Ortiz at 6:44 AM 6 comments:

Just Shut Up And Sing!

Yesterday, I discovered a pet peeve.

I've had an inkling of my hatred for this particular thing, but it was only yesterday that I embraced it in full force.

What thing, you ask?

When singers interrupt their songs to TALK.

I don't mean when they do it in concerts--this is completely acceptable.

I mean when they do it on their albums, right in the middle of a great song. You know the sort: they belt out the notes, then do an acting segment pretending they're speaking to another person.

Example: Girl sings about a boy she met at a diner, then "calls him on the phone" to ask him out on a date (yes, that's a real song...).

I know you're probably asking yourself why I've chosen this odd topic to rant about (and if you're not, just pretend for me!)

Simple: It reminded me of overwriting, of those long passages of description or dialogue that serve no purpose than to repeat what has already been said. Or to emphasize what can be said in a much more concise way.

Draft #3 has taught me a lot, peeps. It's taught me to just shut up and sing. To tell my story using the right words, not the prettiest ones. Those aren't always the ones who get the job done. Every writer struggles with telling their story in the best way possible, often going down wrong paths and picking themselves back up. Apparently, songwriters could use a tip or two from all of you. So please show them how it's done--crappy monologues need not apply.

Neither does excessive 'telling'. There should be a nationwide ban on the thing.

I'd like to thank Female Singer/Talker for inspiring me. Sucks that I can't listen to that song anymore...


P. S. Supernatural fans out there, click here for a dose of awesomeness!
Posted by Amparo Ortiz at 6:45 PM 11 comments:

1) Draft #3 is coming along at a surprisingly smooth pace (yay!)

Here it is, folks: 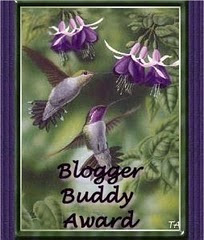 Now I must pass this bad boy on, so here are the best bloggers in the universe:


All these lovely ladies have shown me some serious blogging love, and I heart them more than words can express. It's been wonderful getting to know everyone! Thanks for your support!


And in honor of all my blogging friends out there, I present you with this gift: 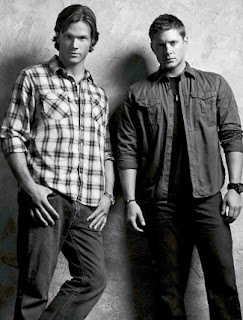 Paranormal Soup For The Soul

I've been lurking around the blogosphere for quite some time (instead of doing homework and WIP rewrites...), and found something worth sharing. If you're a YA paranormal romance writer or reader, this one's for you, peeps.
The amazing Kimberley Little posted this on her LiveJournal blog. It's a list she made from a workshop YA author Bree Despain (The Dark Divine) gave at LDStorymakers. Basically, it highlights the elements a successful YA paranormal novel must have. *runs to check manuscript for elements*
Check it out and tell me what you think. Do you agree/disagree with Miss Despain? Have you incorporated her tips into your novel? Or are you being naughty and shunning them???
Posted by Amparo Ortiz at 7:42 AM 6 comments:


Question 1: Where were you five years ago?

1) In Puerto Rico
2) Majoring in Psychology
3) Discovering my love for YA books
4) Falling head over heels for some unknown guy named Jensen Ackles ;)
5) Thinking that life would be simpler if I had a boyfriend. Ha.


Question 2: Where would you like to be five years from now?


Question 4: What five snacks do you enjoy?

1) Ice cream
2) Anything with chocolate
3) Potato chips
4) Peanuts
5) Jell-O's Cheesecake Pudding
*Yes, I know. I will die before I'm thirty


Question 5: What five things would you do if you were a billionaire?

1) Give half my fortune to my family
2) Adopt five dogs from animal shelters (always wanted five...)
3) Adopt a baby from somewhere around the world (always wanted one...)
4) Write for a living
5) Travel all over the world and bring Jensen Ackles back with me ;)

And here are the other five super awesome blogging friends I'm tagging:

Your turn, ladies! Have fun!
Posted by Amparo Ortiz at 3:41 PM 9 comments: