This is why I haven't revised/outlined as much as I would've liked.

Today is an exciting day, folks. Why?

She released her debut YA novel, ONE, on Tuesday. I've been dying to read this baby for a while, and now that it's out, I can breathe fresh air once more. *jumps up and down* 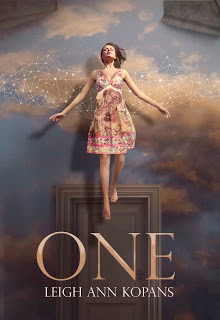 It makes you a One.

Sixteen-year-old Merrin Grey would love to be able to fly – too bad all she can do is hover.

If she could just land an internship at the Biotech Hub, she might finally figure out how to fix herself. She busts her butt in AP Chem and salivates over the Hub’s research on the manifestation of superpowers, all in hopes of boosting her chances.

Then she meets Elias VanDyne, another One, and all her carefully crafted plans fly out the window. Literally. When the two of them touch, their Ones combine to make them fly, and when they’re not soaring over the Nebraska cornfields, they’re busy falling for each other.

Merrin's mad chemistry skills land her a spot on the Hub's internship short list, but as she gets closer to the life she always wanted, she discovers that the Hub’s purpose is more sinister than it has always seemed. Now it’s up to her to decide if it's more important to fly solo, or to save everything - and everyone - she loves.


Amazeballs, right??? So. In honor of ONE's release, I'm sharing with y'all an interview with its awesome author! Here's a little bit more about Leigh Ann: 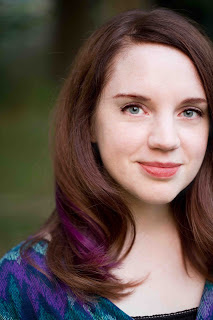 Raised on comic books and classic novels, Leigh Ann developed an early love of science fiction and literature. After earning degrees in Sociology and Hebrew, she went on to become a rabbi at The Ohio State University. Surrounded by college students, she found her niche writing science fiction and romance for teens.

Leigh Ann, her husband, and four children live in Columbus, Ohio, which sadly lacks superheroes but does have the best football and fabulous ice cream.


And here is le interview:

1) Confession: I LOVE superheroes. Because obviously. I know you're a Marvel fan (as am I, but I can never forsake my beloved Batman), so if you could invite any superhero to dinner, be it from graphic novels or TV shows or movies, who would it be? What would you love to talk about with her/him?

I LOVE SUPERHEROES TOO!!!! Eeeeee!

So, my favorite superheroes are Jean Grey and the Wasp (which is why the main characters of ONE get their last names from them), BUT if I could have anyone over to dinner it would be Mystique, who’s a shape shifter. First of all, JLaw. (Duh.) And second of all, I’d love to talk to her about all the different people she’d been and how she was the same and different each time – how she felt, and how she was treated. And I’d like to know what it feels like, and how it affected her, to be able to change her appearance whenever, and to whatever, she wanted.

2) Speaking of superheroes, ONE is the story of Merrin, a girl who sort of has a superpower, but not really. Which came first: Merrin or the sort-of-superhero premise? Was the brainstorming process fast-paced or a slow burn?

The sort-of-superhero premise had been around for YEARS, ever since I was a little girl watching X-men cartoons on Saturday mornings.  Those shows focused on the people who had seriously awesome powers, and I wondered what it would be like for someone who had one component of a power, but not enough to make them do anything truly impressive. Especially because there was such a heavy theme of social stratification in shows like X-men, I wondered where half-superpowered people would fall, and whether they would fit in anywhere.

I actually wrote chapter 8 of the book first – the scene where Merrin and Elias discover how their Ones affect each other. The rest of the book sort of unfurled pretty quickly from there, with few snags.

3) Whether it's the ability to full-on fly or an internship at the Hub, Merrin is quite the pro at longing for things that are a bit out of reach. But even when things do start happening for her, Merrin has to deal with her wishes not being as awesomesauce as she imagined. Was there ever a time when writing ONE made you feel the same way? Did Merrin's voice prove to be different than how you originally set out to write it?

Wow, that’s a great question! Yeah, I think all writers can identify with the feeling of struggling to make the words on the page communicate the pictures and characters in your head, right? I think especially because I had loved comics and superhero movies so much, I had this grandiose idea for the story I’d be able to tell. It turns out that ONE is just as much a romance as a story of a girl finding her superpowers, and both of those things have equal bearing on her character.

It’s funny that you asked about Merrin’s voice, because that was the element of the story that underwent the most changes in revisions. Merrin still lives in my head as this fundamentally angry, abrasive girl, which is fine – until she starts interacting with other people. My critique partners and editors helped me realize when Merrin’s personality was spilling over too much and ruining character and story arcs. She’s much tempered in the final version.

4) So. Elias VanDyne. *fans self* I love me some good romance in YA. Because obviously. What do you think makes a YA love interest swoonworthy? Which are some of your favorite YA love interests?
I think, for Young Adult love interests, selflessness and sweetness are two of the most swoonworthy things in a boy. Teen boys aren’t really that widely known for their emotional depth or focus on the intricacies of relationships, so when a boy shows that he’s listening to a girl, that he appreciates her for something other than what’s in her pants, and that he wants to be with her because  he genuinely enjoys being around her, that goes a long way. Making her feel all hot and blushy will take him the rest of the way, whether because of the way he looks, the words he says, or the things he does for her. The reader has to get the impression that there couldn’t possibly be a better boy on the whole planet for this girl – like if they’re not together, something will have gone seriously wrong in the world. (Not that that’s ever true, we just want readers to feel like that at that moment in the story.)
5) Every manuscript begs to be written in different ways. What part about writing ONE differed from your previous manuscripts? Was it harder/easier? How did ONE help you grow as a writer?

ONE was easier than the manuscript I’d written before that, my first one, because the characters were really fully formed in my mind – their motivations, their personalities, the way they looked, everything. I’m really a character-driven writer, and ONE was where I really learned that.

About halfway through the second revision of ONE, I discovered the Save the Cat beat sheet, used it for revisions, and it changed my life. Now I do a beat sheet at the beginning of every manuscript, before I even think about writing a word. From there, I make an outline. That’s right – ONE, in a way, changed me from a pantser to a plotter.

That said, I’ll never forget the magical feeling of having that first scene I wrote in ONE pour from my fingers. I’ve got to figure out a way of getting back to writing passionately, out of order, without making me feel like I’m cheating on the outline.

6) I'm a serious sucker for food. Nutella and Twizzlers rule my world. Is there anything you munch on while writing/revising?

Coffee and chocolate while drafting, and I’m afraid I’m horrible about munchies when revising. I think that revising is such an anxiety-filled process for me, full of worry over whether I’m changing the right things in the right way, and all that staring at the screen and puzzling with idle hands makes me want to eat endlessly. These days, I’m doing that with mostly popcorn, which I tell myself is healthier than other options.

7) Are you working on other projects at the moment? If so, TELL ME EVERYTHING, WOMAN.

Yes! I already have my February 2014 book finished, which is a YA romance. I’m in the very early stages of  a spinoff for that one, which I’m planning to publish next summer – that will be a New Adult romance, likely. I’m also in the middle of editing Chrome, which is my futuristic sci-fi retelling of the Exodus from Egypt, and I’m in the early stages of rewriting my first ever manuscript, a time travel romance, as a New Adult novel.
(I love that you were so interested. It made me blush.)

Amparo, I’ve admired you and your work for a long time. It was truly an honor to be interviewed on your blog today – thank you so much for inviting me.

Thank YOU for being so freakin' great (as both author and blogger extraordinaire) and answering my questions, Leigh Ann! *bows down* Want to get a copy of ONE?? Find it here:

"One balances a fully imagined, super world with deep, well-crafted characters and took me on a heart pounding, heartbreakingly authentic journey I hated to see end."
~Trisha Leigh, author of The Last Year series

“Exciting, edgy, romantic and beautifully written, ONE is a book from an incredible new writing talent that will leave you longing for more!”
~Emma Pass, author of Acid (Random House 2013) and the upcoming The Fearless (Random House 2014)

"I opened One and didn't put it down. On the surface it's a fast-paced superhero story combined with all the wonderful and terrible aspects of teenage life, but beneath that is the story of a girl who only wants to be more than she is. It's a fun adventure cloaking a simple but powerful truth of the human condition."
~Francesca Zappia, author of the upcoming Ask Again Later (Greenwillow/HarperCollins 2014)

Posted by Amparo Ortiz at 7:05 AM No comments:

Blog Chain: What Is Success?

So. Once again, I'm WAY behind on my blog chain duties. *hangs head in shame* And even though I have to write a post for the chain tomorrow, I have something super special scheduled in its place (!!!), so I'll be posting it on Friday.

Okay. Now for the post I'm behind on. The kickass Cole wants to know the following:

How do you define success? Is it getting published, making the New York Times list, or just finishing a novel?

To me, all those things can be gratifying, but the one that feels like the biggest milestone is finishing a first draft. Granted, I haven't been published and I haven't made the NYT list. I don't know what those things feel like. But if I had to guess, I'd still say wrapping up a novel is the ultimate source of that HELL YEAH feeling. Especially since I'm such a slow writer. The fastest draft I've ever finished lasted 2 months, and I haven't been able to recapture that sense of OMG THIS NEEDS TO BE WRITTEN NOW feeling again.

So yeah. Success is many stages in the publishing world. It morphs into other stages--other pressures--writers put on themselves. But at the end of the day, it starts with a story you want to share, and the roadblocks that will try to stop you from doing so.

A huge thank you to Cole for this topic! Make sure you go read what she had to say, and stay tuned for another blog chain post later this week.

Posted by Amparo Ortiz at 6:42 AM No comments: