Remember that time I blogged about how the film rights to Hourglass had been optioned by Twentieth Century Fox? Well, today I bring you the woman behind the time slip story--Myra McEntire! Myra was gracious enough to take time out of her uber-busy schedule and granted me an interview!
Le interview:
Favorite movie genre
SciFi Fantasy
Favorite teen movie
Sixteen Candles - I used to be able to quote it line by line. And then I got old.
(you are NOT old, Myra. *shakes fist*)
If Emerson Cole could direct her own movie, which genre would she choose and why?
Horror, definitely. So she could make it funny.
What about Michael Weaver? Which genre would he choose and why?
Romance. Because he's swoony.
(um... YES PLEASE).
What's one thing you've learned as a writer from watching teen movies?
Anything goes, as long as you keep it real.
(very true!) 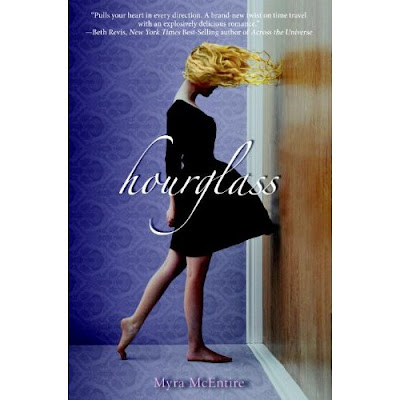 For seventeen-year-old Emerson Cole, life is about seeing what isn’t there: swooning Southern Belles; soldiers long forgotten; a haunting jazz trio that vanishes in an instant. Plagued by phantoms since her parents’ death, she just wants the apparitions to stop so she can be normal. She’s tried everything, but the visions keep coming back.

So when her well-meaning brother brings in a consultant from a secretive organization called the Hourglass, Emerson’s willing to try one last cure. But meeting Michael Weaver may not only change her future, it may change her past. Who is this dark, mysterious, sympathetic guy, barely older than Emerson herself, who seems to believe every crazy word she says? Why does an electric charge seem to run through the room whenever he’s around? And why is he so insistent that he needs her help to prevent a death that never should have happened?
Full of atmosphere, mystery, and romance, Hourglass merges the very best of the paranormal and science-fiction genres in a seductive, remarkable young adult debut.
Make sure you go buy your copy of Hourglass, which is in stores now! And remember to follow Myra on Twitter, and go check out her blog!
Posted by Amparo Ortiz at 3:49 AM