Confession: I am OBSESSED with Once Upon A Time. No joke.
For those of you who don't know, it's a TV show on ABC. And it is awesome.
Anyway. I won't dwell on all the reasons why I think it's awesome, BUT I must point out something that's been on my mind since the show's third episode. You see, there are these two characters who are destined to be together: Snow White and Prince Charming.
On the show, they look like this: 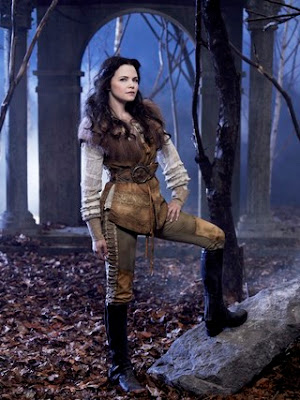 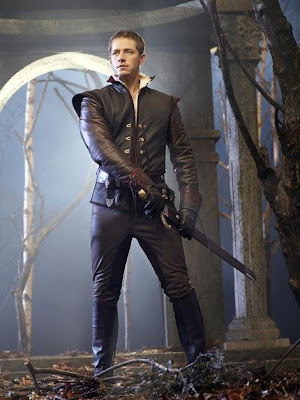 So. That's them as their true fairy tale selves. This is them in the real world setting, where they're both victims of an evil curse that's wiped their memories: 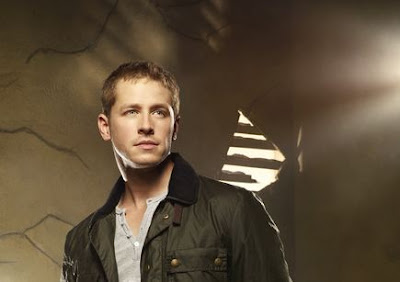 In the real world, they have NO IDEA they're Snow White and Charming. At all. That's not the saddest part, though--David (Charming in the real world) is in a coma when we first meet him. Mary (Snow) reads to him in her spare time, even though she doesn't know him. Her big heart keeps her coming back to the hospital, spending time with someone who's never had any family members visit. He's alone, and she doesn't want him to feel lonely.
When David wakes from his comatose state, things get reeeeally interesting. I knew he'd wake up eventually. I also knew that he'd be grateful to Mary for how she treats him, and that he'd want to get to know her. I also also knew there would be STUFF that keeps them apart. The romantic tension quota is HIGH, my friends. Oh, so high...
Which leads me to why I wrote this post about two people who are in love on a TV show: the chemistry between Snow/Mary and Charming/David is adorable. It's not the ohmyGodIwantyousobadletsmakeout chemistry. It's not the I-have-always-loved-you-and-now-you-are-mine-forever chemistry. It's just... beautifully awkward. In the fairy tale world, they're enemies who later work together to get out of a bind, and fall in love. In the real world, they're strangers who share a deep connection, but they're so not equipped to handle that connection. They both struggle with accepting why they're drawn to each other, and neither feels comfortable with the idea of being a couple just because there's something between them. STUFF needs to be dealt with first. It's all that STUFF that adds fuel to the awkward fire. They're even adorable when they argue. 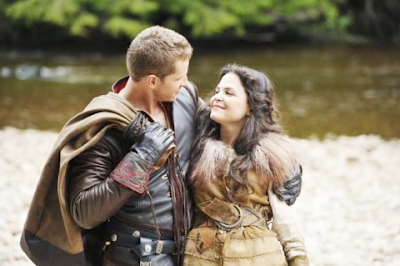 What does this offensively long post have to do with writing, you ask?
Think of your main character and the love interest. Hopefully, you've created enough tension, romantic  or otherwise. Now look at them again and ask yourself: what do they admire about each other? The minute you have your answer, ask yourself another question: how can I make my characters feel uncomfortable about the traits they initially admired in each other? Snow cannot stand the fact that Charming's such an honorable guy, and yet that's one of the reasons why she loves him. Charming cannot stand the fact that Snow does whatever she wants, even if it means risking her life, and yet that's why he loves her. Denial is what makes their relationship awkward to me. Sweet, funny, and beautifully awkward.
So. Once Upon A Time. Watch it, swoon, and learn something :)
Now tell me: any other fake couples you think are adorable/awkward/awesome??
Posted by Amparo Ortiz at 6:19 AM