Hello, all! I'm THRILLED to share today's guest post with you! Please give a warm welcome to Kathleen Peacock, a YA author whose debut Hemlock will be out this May! Since Kathleen's novel includes werewolves, I figured I'd ask her to write about which werewolf she'd love to see in a YA book. But to be totally honest, her idea was MUCH better.
Check it out below! 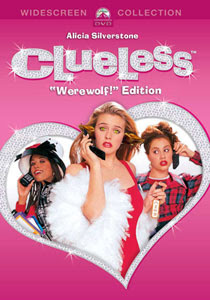 A HUGE thank you to Kathleen for stopping by and making me 1) fangirl Clueless even more, and 2) make me laugh so. Hard. Make sure you buy your copy of Hemlock when it hit stores May 8th! 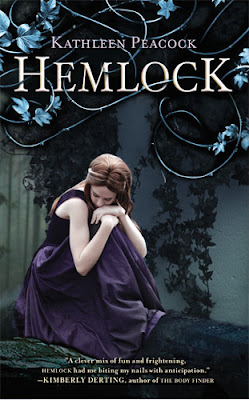 Mackenzie and Amy were best friends. Until Amy was brutally murdered.
Since then, Mac’s life has been turned upside down. She is being haunted by Amy in her dreams, and an extremist group called the Trackers has come to Mac’s hometown of Hemlock to hunt down Amy’s killer: A white werewolf.
Lupine syndrome—also known as the werewolf virus—is on the rise across the country. Many of the infected try to hide their symptoms, but bloodlust is not easy to control.
Wanting desperately to put an end to her nightmares, Mac decides to investigate Amy’s murder herself. She discovers secrets lurking in the shadows of Hemlock, secrets about Amy’s boyfriend, Jason, her good pal Kyle, and especially her late best friend. Mac is thrown into a maelstrom of violence and betrayal that puts her life at risk.
Kathleen Peacock’s thrilling novel is the first in the Hemlock trilogy, a spellbinding urban fantasy series filled with provocative questions about prejudice, trust, lies, and love.
Posted by Amparo Ortiz at 4:07 AM