Guest Post: YA Characters And Movies With Josin McQuein


Today Reel YA welcomes YA author Josin McQuein! Her debut novel, ARCLIGHT, comes out in 2012, but you can already add it on Goodreads. You can also check her out over at her blog, in which she shares snippets from her WIPs (trust me, they're awesome). Josin's here to answer the following question: which YA character would you love to see star in their own movie?

Take it away, Josin!


When I was asked to do this guest post, my first thought was to put the question in context of which book would I like to see onscreen. It was an easy choice, and a happy one, as The Hunger Games is already on its way to being a movie. I've been wanting to see Katniss (and Haymitch, who I love for his Jack Sparrow-esque "I'm neither as drunk or as stupid as you think I am" ways) on screen since I read the book.

But I wouldn't be me if I only answered the question in the obvious, so I also started thinking of characters independent of the stories in which they starred. Thinking of those who weren't showcased in their own stories, but rather served in background roles. 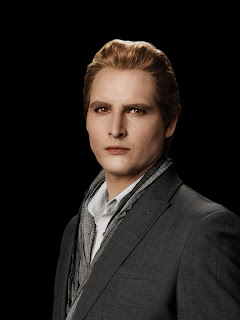 Put on their own, some of these characters could easily float their own movie--think of how much life and history is implied to Carlisle Cullen. His voice, ancient as it is, is that of the everyman. 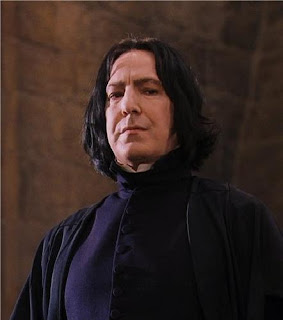 Think of Severus Snape and the layered tragedies that made up his life. True, neither of these characters are young, but they were once, and therein lies the promise. I'd love a full story of the young life of either of those men.

There are those like Laurel, from Wings, who are described as so beautiful it would seem a shame not to showcase them on film if they actually lived and could aspire to a life onscreen. There are those like Kat, from The Heist Society, who are feisty and resourceful, and you'd know they be the chameleons who could be and do anything. I'd love to see how an actor with the abilities of those from Shade (where anyone under a certain age can see the dead who haven't crossed over) would use that to their advantage. After all, if dead men really could tell tales, there'd be some juicy gossip to be uncovered.

The best writers make characters who aren't just real enough to appear in their own story, but ones who are as real as the actors who can shed their own skin and portray anyone they want. There are some characters out there with real charisma and star quality. While it's easy to look at a story as a whole and say "Wow, I'd love to see that!" It's much more difficult to pinpoint a character and think "Wow, I'd love to see him/her!"


Huge thanks to Josin for stopping by! And whoa, I would l-o-v-e to see movies with all these characters, especially Snape and Carlisle. Those would be incredible.

How about you? Would you love to see these characters' YA stories on the big screen, too? Or do you have other favorites?