Before I dive into my book recommendations for this week, let me kick things off by telling ya'll that my post is officially up over at Operation Awesome. It's about how to channel your character's voice in a convincing way. If you check it out, I'll buy you a pony. In my mind :)
This week, I finally bought two books I've been dying to get my hands on. *insert huge grin here*
Which books, you ask???
This one: 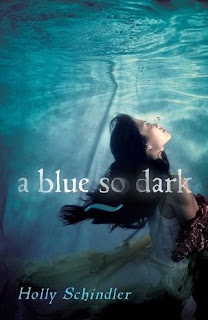 A BLUE SO DARK by Holly Schindler

Terrified that her mother, a schizophrenic and an artist, is a mirror that reflects her own future, sixteen-year-old Aura struggles with her overwhelming desires to both chase artistic pursuits and keep madness at bay.

As her mother sinks deeper into the darkness of mental illness, the hunger for a creative outlet keeps drawing Aura toward the depths of her own imagination—the shadows of make-believe that she finds frighteningly similar to her mother’s hallucinations.

Convinced that creative equals crazy, Aura shuns her art, and her life unravels in the process 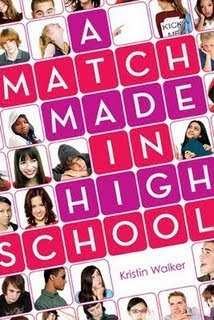 A MATCH MADE IN HIGH SCHOOL by Kristin Walker
When the principal announces that every senior must participate in a mandatory year-long Marriage Education program, Fiona Sheehan believes that her life can’t get any worse. Then she marries her “husband”: Jerky jock Todd, whose cheerleader girlfriend, Amanda, has had it in for Fiona since day one of second grade. Even worse? Amanda is paired with Fiona’s long-term crush, Gabe. At least Fiona is doing better than her best friend, Marcie, who is paired up with the very quiet, very mysterious Johnny Mercer. Pranks, fights, misunderstandings, and reconciliations ensue in an almost Shakespearean comedy of errors about mistaken first impressions, convoluted coupling, and hidden crushes.

Yes. I am still grinning.

What's in your to-read pile this week???
Posted by Amparo Ortiz at 5:50 AM