So. Today I continue with my blogfest obsession with Frankie Diane Mallis's NO KISS BLOGFEST!! Woot!
What: post a scene from your work, or from one your fave books, movies, or TV shows. The scene must be one in which two characters are about to make out, then...
Nothing happens.
Cruel, I know. But so. So. Awesome.
My scene: For this entry, I thought about posting something from a book I love. Something so bittersweet that broke my heart and stomped on it. But... I sort of changed my mind. Because... you know... I do that sometimes.
Anyway. My scene. It is epic, folks. In fact, one of the characters says so.
Who the heck am I talking about? 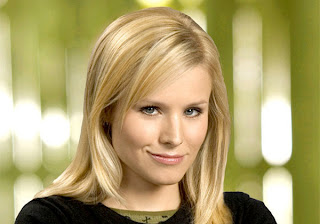 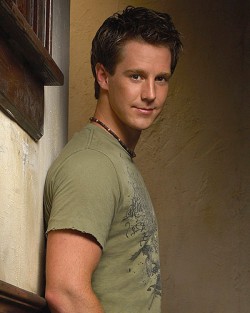 Okay. Veronica and Logan, from the uber-awesome TV show Veronica Mars, are an awesome couple. At least, they were until Season 2, where Logan was accused of murdering a motorcycle gang member. Veronica was by his side through thick and thin (because she believed he was innocent... which he TOTALLY was), but Logan sort of flipped out. He started partying and plotting revenge on the people he thought had set him up. He did very immature things that Veronica disapproved of. So she dumped him.
And on Prom Night, Logan did this:
That, folks, is a No Kiss made of epic fail. *sigh*
Please make sure you check out the other entries here, and join in on the fun! Thanks to Frankie for hosting this blogfest, as well as a shoutout to Katrina for hosting yesterday's blogfest!!
Have a good No Kiss Day, everyone!!
Posted by Amparo Ortiz at 10:06 AM